In June last year my phone rang and when I answered it, I heard a gruff but friendly voice say “G’day love, it’s Scruff from Bruce Rock here. Is that the bag lady?” I replied “It certainly is Scruff – how can I help?” and so this story begins.

As the conversation went on, I learnt that Scruff was a war veteran who was deeply involved in organising the annual Back to the Bush Veterans Reunion in Bruce Rock each year. In 2021, it was going to be the 20th Anniversary of the reunion and Scruff thought it would be great to give everyone a bag as they arrived packed with information and goodies for the week ahead. I told him that timing was going to be tight but if we moved quickly we should be able to help. They only needed 300 bags which is below our normal minimum order quantity but Scruff was such a character and the event sounded very special so I wanted to be involved.

Scruff had seen an insulated cooler bag we had made for the Kalamunda Farmers Market and wanted something similar to that. He had secured some sponsorship from Bruce Rock Engineering so he wanted their logo on one side of the bags. On the other side of the bag he wanted a picture of the stained glass window from the Bruce Rock Chapel along side a poem written about the window aptly called “The Window of Peace”. I asked Scruff if he could email me the artwork for the window to which he replied “I don’t really do emails or know anything about that but I’ll get my mate to send you a photo of it”.

I received the photo of the beautiful window and had our graphic designer re-create it in a format for printing. We prepared the artwork layout for the bags and sent this back to Scruff and the sponsor for approval. They were happy so we got the bags straight into production.

The delays occurring with international freight over the last year have caused huge issues for all importers and I was very mindful of this. I had allowed for a reasonable delay with shipping that would still see the bags arrive here 4 weeks before the start of the event. The container was loaded on time and sent to the departure port and this is where the fun started. The shipment was delayed leaving port for 3 weeks due to port congestion and Covid closures. It then arrived in Singapore for trans-shipment and I still felt we were on track. Unfortunately another delay in Singapore meant the shipment was now arriving into Fremantle the week before the event…not good!

I had been keeping Scruff up to date as we tracked along but I now had a horrible feeling that the bags may not arrive before the event. The event ran for a week but he had planned to hand them out on the first afternoon as people entered the camping ground. I knew we were not going to have the bags in time for this so I rang Scruff to make a backup plan. We decided to supply him with 300 paper bags (at no extra cost of course!) so he could still hand out the information in a bag as people arrived. Then as soon as we could get his cooler bags off the ship and out of the container, we would get them straight to him during the week of the event.

It always seems to be the case that the more urgent the order, the more delays there seems to be! It was a nervous wait for the container to be unloaded, pass customs clearance and be collected from the wharf. Our warehouse was fantastic as they were aware of the urgency. A 40 foot container with nearly 700 cartons of bags with lots of different orders for our various customers awaited the boys as they started to unpack. By this stage, it was Friday morning – the event was finishing the next day with a grand parade down the main street of Bruce Rock. I was waiting for the call from the warehouse to let me know they had unpacked the Bruce Rock bags and I had cleared the day to personally drive them to Bruce Rock (a three hour drive each way from Perth). By 11am, they had unpacked half of the container and still hadn’t found the cartons. While the staff were having lunch, I decided to dive into the container and have a look myself. Fortunately, after crawling around and moving some boxes, I spotted them! I quickly grabbed them, put them in my car and headed off to Bruce Rock. I rang Scruff to tell him I would see him in three hours and he was very relieved!

I met Scruff (and his little dog) at the RSL in Bruce Rock. He was so happy to have received the bags to give out to all of the vets attending the event and was very appreciative of the efforts we had made to get them there. He bought me an iced coffee from the local store then we walked up to see the church where the Window of Peace is. It was very special to see this in person and realise how much this event meant to so many people. We then drove down to the town oval where over 300 vets and their families had been camping out for the week of the reunion. I said goodbye to Scruff as he loaded the bags onto his quad bike and set off to start handing them out to everyone with a very big smile on his face.

I like to think Platinum Bags provides great customer service all of the time but sometimes we go above and beyond! I knew how much this meant to Scruff and his team of volunteers and I am so glad that we were able to get there just in time. It was a long drive home from Bruce Rock that night but it was definitely worth it!

The Window of Peace

It was a small country church

That I may never see agen

Yet I was guided in its prayers

To the thoughts of waring men

I saw the war in Viet Nam

I still hear the children cry

And the colours in the window

Fell where my memories lie

I knelt there beside the light

And drifting in my years

I saw the ravages of war

And I cried a thousand tears

If hope lies beyond mans folly

We must always have tomorrow

Where the gentleness of woman

Can baptise a soldiers sorrow

It was just a small window

That I was looking through

Yet it bore an old reflection

On some memories I knew

I believe the window of peace

Where threads of life unlock

Will shine for all humanity

At the window in Bruce Rock 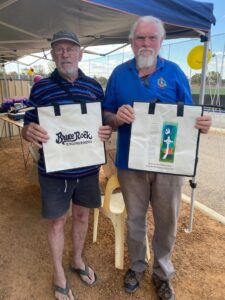